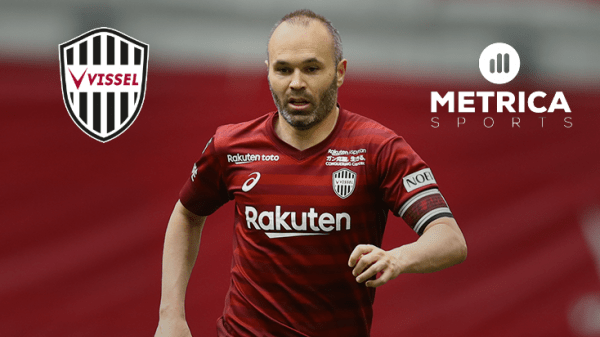 We are proud to announce that Vissel Kobe, competing in the Japanese J1 League, has chosen Metrica Sports for their coaching analysis. The club, owned by Rakuten, follows the Group’s mission to use the best innovations to create value.

In quick succession over 18 months the Japanese club reunited Podolski, Iniesta, and Villa, three world-class players who turned Kobe into the center of the Japanese soccer universe and lifted the J. League’s international profile to unprecedented heights.

We look forward to working closely with Vissel Kobe and support their players and coaches with state of the art analysis services.

Metrica Sports provides a combination of tracking, event and dynamic video visualizations solutions to track every player’s movement in games. Providing data points 15 times per second the Metrica software allows coaches and analysts to make data driven performance decisions and provides a platform to identify technical and tactical movement patterns that are specific to an individual team’s style of play or coaching philosophy.