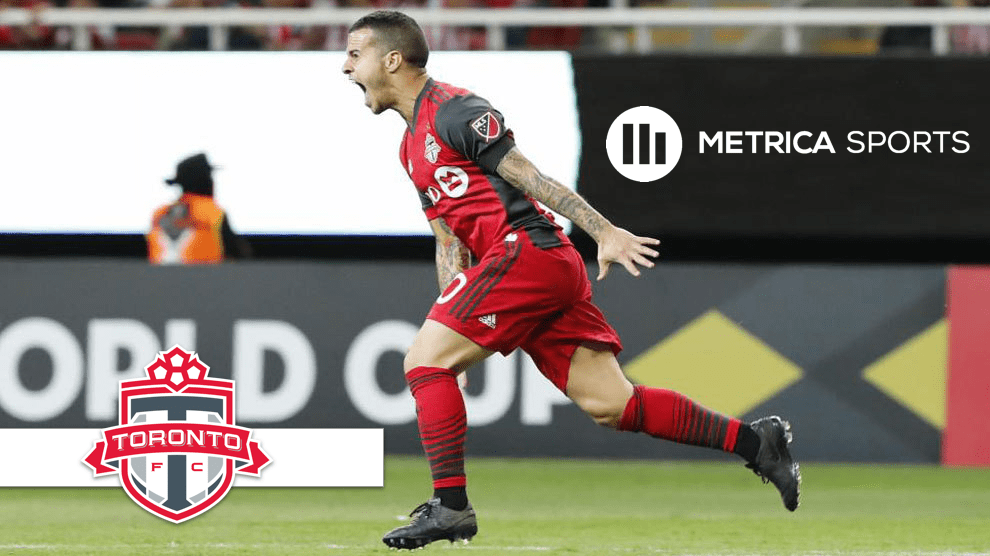 2017 MLS Champions Toronto FC have signed a partnership with Metrica Sports, joining other MLS and La Liga teams that have adopted the Metrica Sports platform.

We provide a combination of tracking data, event data and dynamic video visualizations solutions to track every player’s movement in games. Providing data points 15times per second the Metrica software allows coaches and analysts to make data driven performance decisions and provides a platform to identify technical and tactical movement patterns that are specific to an individual team’s style of play or coaching philosophy.

Currently working with six MLS teams going into the 2018 season, Toronto FC are the most recent club to add contextualized performance analysis to their coaching process.
Metrica Managing Director, Ewan Robson, described his excitement at welcoming TFC to the Metrica Sports family.

“We are very proud to be able to provide the current MLS Champions TFC with access to the new era of context driven performance analysis. It is a great opportunity to work with an innovative coaching staff and analytics department to provide a tool to both analyze post game performance along with opponent performance trends.”

About TFC
Toronto FC, is a Canadian professional soccer club based in Toronto, Ontario. The club competes is a member of the MLS Eastern Conference playing its home matches at BMO Field.
In 2017 Toronto FC won the domestic treble with the MLS Cup, Supporters’ Shield and Canadian Championship, and set the all-time MLS regular season record for points with 69. They are also six-time winners of the Canadian Championship and were semi-finalists of the 2011–12 CONCACAF Champions League.

To find out what Metrica Sports can do for you, get in touch.

LAFC makes a step forward in Performance Analysis, by signing with Metrica Sports

Physical Module is ON!