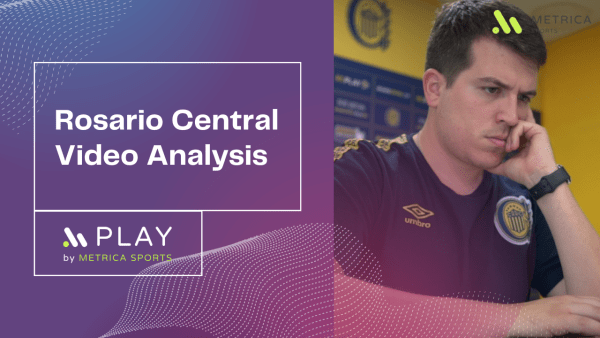 Technology is playing an increasingly important role in the improvement of football teams. Previously reserved for high-level clubs, video analysis is now becoming more democratic. It makes the coaching staff’s work simpler and leaner and helps reach a level of analytical detail never seen before.

The Play by Metrica Sports software enables this analysis by synchronizing videos from multiple sources. Coaching staffs can measure the players’ speed, draw future trajectories, and trace distances to any point on the field and between players, among other valuable features.

Due to its fantastic versatility, it plays a fundamental role in multiple areas of a club, from analyzing opponents’ strengths and weaknesses to practice evaluation or scouting new players. Studying team and individual players’ performance enables the improvement of skills and techniques on a broad scale.

Matias Navarro started working at Club Atletico Colegiales as an analyst for the first team and the reserve. Before joining the coaching staff of Club Atletico Rosario Central, he worked for Rayo Vallecano in Madrid, Club Atletico Morelia in Mexico, and Quilmes Atletico Club in Argentina. Also, at the Argentine Professional Football League, advising every first-division coaching staff. Today, as a video analyst for the first team, he provides a detailed report on the strengths and weaknesses of the opponents, analyzes the matches collectively and individually, and reviews the practices.

In addition to the quality of the presentation, Matias highlights how easy it was to include Play by Metrica Sports in his work. Having used other video analysis tools, he was surprised to discover such a user-friendly interface. Also, he pointed out the hassle-free installation and how simple it is to create a new user and train others on the tool.

The easiness of exporting and sending videos and storing the files in the cloud from which any member can access the information instantly is also a much-praised feature. Especially considering that Play by Metrica Sports is used “by players, coaching staff, and other collaborators, as in the case of scouting. It solves internal communication: a very graphic and easy-to-use video allows us to send a much clearer message. Often we have to send videos to different members of the club to whom we are not near to explain the material verbally. It is essential to have a direct and graphic visualization for others to understand the message. At the end of the day, we aim to start from a tremendous flow of information, reduce it, and make it concise for the receivers.”

What kind of presentations do you create, and what features do you use the most?

“My presentations focus mainly on the analysis of strengths and weaknesses. I segment each game stage and find different patterns to show to the coaching staff and the players. In all this process, it is crucial to use Play by Metrica Sports to facilitate the visualization.

The features I use the most are the zooming through the magnifier, the spotlight, and the lines linking players and tactical lines. Other more complex tools, such as the measurement of distances and speed, are essential at a collective and individual level, both when analyzing opponents and the own team. The accuracy of this tool when marking distances makes the difference.”

Tomás Anastasi began his career analyzing videos at Club Atlético Central Córdoba in Rosario. He has been working as a video analyst in the first division of Club Atlético Rosario Central for three years. His role is the analysis of post-match strengths and weaknesses, particularly of stop-ball plays, both of the rivals and of the team itself.

When asked about the most used features, he highlights the use of the ID to show the player’s name and shirt number, the magnifier to mark previous movements in detail, and the links to show how the player moves along the line. In addition, he usually draws circles to indicate where the ball will land and squares to mark the distance between the offense and defense lines. “It made our work much easier when drawing and explicitly showing what we wanted to emphasize in the plays. It minimized our work time.”

He also praises the use of Metrica Cloud Engine and its AI-driven Automated Tracking Data (ATD). “What I like most is being able to generate a visualization through the movement of the players. (Metrica Sports) recently offered us to use the cloud, which makes it easier for us (…) to track players through automatic tracking more clearly.”

The experience of Club Atlético Rosario Central confirms that Play by Metrica Sports is a complete solution to analyze within football teams, allowing high-quality, engaging presentations in minutes and thus improving individual and collective performance. 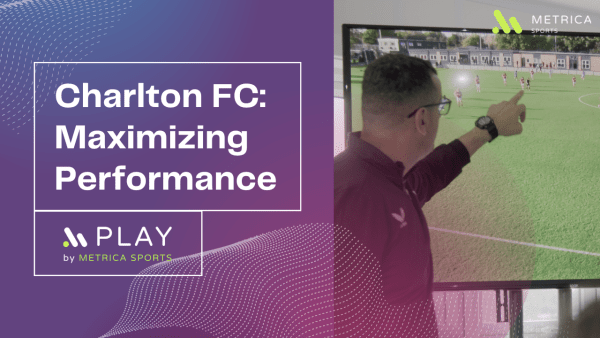 In the world of sports, video and data analysis has become a crucial tool for teams looking to improve their performance on the field. From 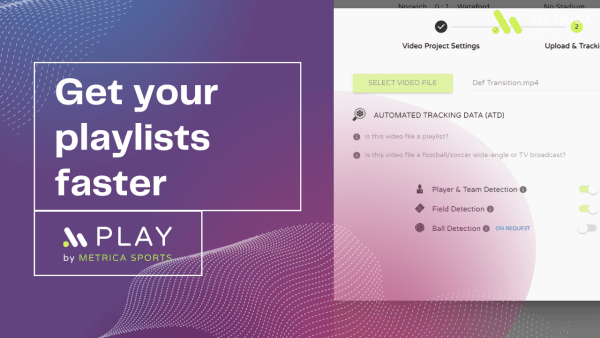 Cloud Engine: Get your playlists faster

Exciting News for Our Cloud Engine Users! We are thrilled to announce a major improvement to our Cloud Engine. The wait is over, and it’s

This website uses cookies to improve your experience while you navigate through the website. Out of these, the cookies that are categorized as necessary are stored on your browser as they are essential for the working of basic functionalities of the website. We also use third-party cookies that help us analyze and understand how you use this website. These cookies will be stored in your browser only with your consent. You also have the option to opt-out of these cookies. But opting out of some of these cookies may affect your browsing experience.
Necessary Always Enabled
Necessary cookies are absolutely essential for the website to function properly. This category only includes cookies that ensures basic functionalities and security features of the website. These cookies do not store any personal information.
SAVE & ACCEPT